One dark, winter’s evening, four women sat around a dining table sharing treacherous tales of tragedy. Divulging dark and delicate secrets, the women bonded over commonalities whilst sipping a warm brew (PG Tips, to be exact). Their personal exchange, so real and so raw, was indeed unsurprising: leave a group of women alone in silence and see how quickly the air gets filled. Indeed, there were many similarities, but the most wondrous of all was that each woman harboured a precious wonder between her legs, lo and behold: The Vagina.

In a couple of months I’ll be turning 28, two years away from the big three-zero. As a child, I earnestly believed that by now, life would lead me to marriage and a family. That by thirty, I’d have a house, a husband, a baby and maybe even a jacuzzi. Basically, I’d be attached, because without a family females are incomplete, right?

Unashamedly, my aspirations haven’t changed. I still want the house, the spouse, the sticky, pudgy, gap-toothed baby and yes, a hot tub would be nice. It just so happens that these particular dreams have been placed on hold for the long haul and I can’t guarantee they’ll ever manifest. At the semi-wise age of 27, my concentration is spent on Neflix binges and a bag of Doritos. 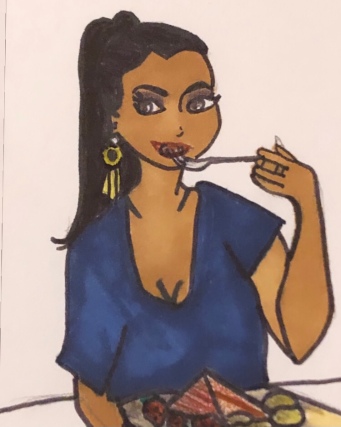 I now view marriage as a deliberate social construct: man made, non-attainable. Don’t mind me, I’m just the bitter outcome of a girl who saw the empire of her family collapse, twice. The worst part? I still want to get hitched, I just want to take my time, be selective; get it right.

Having worked for a number of prestigious companies, the amount of women I’ve met above thirty without husbands or children, is vast. No, these women haven’t been “shelved”, they just haven’t prioritised conventional ideals. Driven, intelligent, formidable women, their ambitions aren’t solely to find “the one”. Besides, they’re too fabulous to settle and rightly so; fuelled by determination and vision…I think I’m low-key one of them.

It is assumed that my level of desirability has a shelf-life. One of the first questions people ask at social gatherings is “Have you met anyone yet?” to which I reply “Nope”. Suddenly their eyes widen, with a deep, deep sympathy as they retort “Aww. Don’t worry, I’m sure you’ll meet him soon. There’s someone out there for everyone”.

Sure there is. My “person” is actually plural, I don’t have just one. I have a group of four to five friends, who I’ve known since I was three. We don’t have sex, we drink red wine. When I’m ill, one will take me to the Doctor, when I’m sad, the other will listen and so on. They are my surrogate sisters and we love each other. The only thing they don’t do is give me an orgasm but then, neither did any of exes.

It’s a little strange that a culture I deem so open and progressive is still obsessed with a woman’s biological constraints. As if in order to be a complete, fulfilled female, one should get married and procreate the moment she hits thirty. What if I want to use my time in other ways? Like breed a family of sea monkeys.

I’ve lost count of the women I know who literally do it all. They run a home, raise children, work full-time jobs and serve dinner! One of these women, my step-mum, wakes up at 5am each morning and doesn’t hit the sack until 1am. Personally, I couldn’t do it.

The first time I single-handedly looked after my little brothers (they must have been around two and five at the time), I didn’t have a single moment to think about myself. Drinks spilled, toys flew; food burned and I, was exhausted.

How does one find time to think of herself if her life is spent constantly thinking of others?

My parents have both advised me NOT to get married: an alternative stance to say the least. Still, the lack of pressure is appreciated: how can I guarantee somebody right today will be right tomorrow? Especially given that we are constantly changing and evolving.

Men are encouraged to be selfish, fact. They are programmed to think independently and thrive – no deadline for when and if they should settle. When I was a child I was given toy kitchens and dolls, my brother: cars and guns. Our parents didn’t intervene when we chose to have a swap session but still, what do you about the message perceived?

When my dad met my mother he was forty and she, nineteen. Her family encouraged her to wed because A) he was “from the West” and B) he had money. There was nothing unusual for an Indian woman to be married off at her age, nor was it unusual for a British man of his age not to be married. By 23 my mother already had two children; 17 years on my dad had two more, a reminder that men don’t succumb to biological pressures and therefore, can do whatever they like for as long as they like: winners every time. 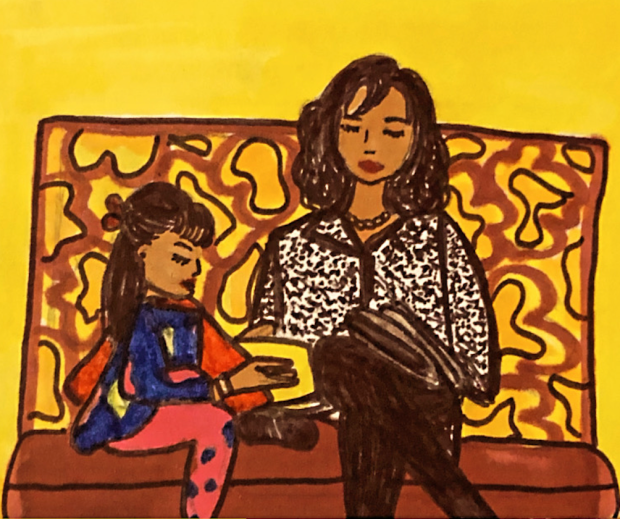 My mum, who grew up in India, had plenty to say about the unfair social behaviours cast upon the women who live there:

“From what I’ve seen, men are encouraged to travel, hang out with friends, have varying hobbies, drink, take drugs as well as numerous sexual partners. Women on the other hand are seen as whores, labeled as “gone cases” or alcoholics should they indulge in anything deviating away from home duties.

Men are trained to earn money, fight wars, lead countries; think politics and sport, while women are encouraged to help their families, cook and clean. You can forget going out after hours with friends, you’re more likely to be married off and forced to breed before you’ve even hit your twenties.

Decision making in running this planet doesn’t seem to be an option for Indian women. Instead, they are mostly confined to their physiology and identities of mother and wife. These roles are selfless by nature. Men, even while being fathers and husbands, are unlimited in their choices.

I for one am uninterested in the words of man dictating terms and conditions laid out for women through biased perspective. And let us not forget the ignorance of women’s physical, mental and emotional states, including menstruation, childbirth, postnatal depression, menopause and so on. Unfairness has been cultivated for thousands of years so man can do his thing and women can support man doing his thing. I am pleased it’s changing and whilst I have fought to be selfish, you can be selfish more naturally – thereby being equal to fellow man, if not superior ;-)”.

If you’re still feeling a little unsure regarding the message in this post, I’m going to number the shit out of this conclusion:

I guess I should be more appreciative – I grew up in a country which advocates freedom of speech: nobody is going to kill me for writing this post; nobody cares that I’m writing it without a bra on. Still, I’m rather tired of witnessing female oppression: whether you see it or not, it’s there.

When my mother left my dad, she was criticised by all. I grew up hearing everyone slate her choices. Nobody blinked an eye at my dads mishaps because his liberation was given, not earned.

We now have access to ongoing projects offering female-support; countless texts and programs encouraging empowerment and it’s about fucking time. Unfortunately, “we” is not enough. There are women all over the world subjected to gender apartheid: everything from the way they dress to the way they walk is dictated. They are bullied, tortured; ostracised and in some places made to sit at the back of the bus. Sound familiar? And let us not forget about FGM (female genital mutilation) and Death by Stoning. Where’s the humanity? Where’s the fairness? Where’s the equality?

But don’t worry, because change is coming. Rise of the”Selfish” Woman: where a woman does whatever she wants, whenever she wants, however she wants and no individual will stop her. I see the rise of this woman every day, because she stares straight back at me; almost fearless.