“Will you be coming over tomorrow?”

“Okay then.  See you tomorrow”.

Over the weekend I met a girl in her late teens, who mentioned having to meet her dad and his new girlfriend. I asked if she liked the girlfriend, to which she replied “not really”. I asked why not and she said “I don’t know, just don’t”.

I laughed. I remember feeling similarly towards my own stepmother (stepmother: a word my family hate but use to socially appease) and advised the girl to give her dad’s new girlfriend a chance. “You might be surprised how things develop over time, you may even grow to care for this person”, I encouraged. The girl looked skeptical, but then, I once did too.

Things are rarely as black and white as they seem. Stepmothers aren’t always wicked and conniving and stepdaughters aren’t always wholesome and innocent. Humans are complex; sometimes we act out in unkind ways but that doesn’t necessarily mean we are unkind people.

I remember when my stepmother fell pregnant for the first time. It was a bizarre experience because I desperately wanted to be happy for her, I just couldn’t. I struggled with the concept of having a new sibling, despite having grown up with the woman who carried him. Despite the fact that I loved her. I was resistant to change, clinging onto ideals of “being the youngest” and “only girl”. I didn’t want to share my parents or be forgotten.

Suffice to say, I didn’t know how I would feel about Brian, my unborn baby brother. Would I love him the same way I loved my older brother? Would he accept me as his sister or would I be like a distant relative with a broad age gap? Could I be a constant figure in his life? Or would we drift apart, like other siblings do?

I needn’t have worried.

The moment I laid my eyes my baby brother, I was a goner. I remember my stepmom, Grace, laying in the hospital bed with a small white bundle in her arms. Peering closer, I saw this tiny little being with little round head and my heart. Just. Melted. Quite honestly, I remember thinking he looked like a little white mole (obviously he’d only just been born and had to share oxygen for 9 months). Still, he was perfect.

It was love at first sight. In those few moments I realized that my small brother was totally innocent; he held no malice. His birth subtracted nothing from my life and quite pleasingly, added the elements of love, happiness and comfort.

And the love grew stronger. After Brian learned to walk he would run around the room with his arms held out and then straight into my arms. He would cry if it were time to leave the house and jump excitedly on my return.

Even if I’d tried to resist, I would have been won over because he gave his love so freely: a love which hadn’t been invited but just pushed itself in, (these include all the times he would hide in my cupboard and barge in at 6am). I was not ready for how much joy he’d bring to my life but based on his existence, I’m constantly reminded.

Brian’s arrival bought the whole family together. It’s as if he and Bradley (our youngest sibling) were the missing components to find our families resolve. Shortly after Brian’s birth, my mum and dad found peace with each other. We began doing things as a whole (birthdays, holidays, lunches etc) and did so for enjoyment over obligation. Our conception of family ideals were rebuilt: when you’re able to put aside petty differences; when you let go of hindering grudges; you are met with a new found stability.

Speaking of wholes, I’m really uncomfortable referring to my younger brothers as “half”. When outsiders try to distinguish between being “half” and “full” i.e. “They’re your brothers?! They don’t look like you!” followed by “Ohhh they’re your half-brothers, so that’s why”. I find it extremely unsettling.

Perhaps calling someone your half-brother or sister should be scrapped as “a thing”. So what, because my brothers and I share the same dad should I love them half as much? We may not share a biological mother, but they’re my blood and I claim them fully. Measuring in halves need not apply when it comes to relations, it encourages uncertainty and confusion.

Whilst I believe my youngest siblings sparked a new era, it took a lot of patience and understanding for my family to get here. I used to worry about how they would cope during celebratory functions; baring guilt if I made one parent feel more important than the other. Needless to say, we’ve reached a place I never dreamed we could be and whilst don’t conform to religion, I prayed for it. 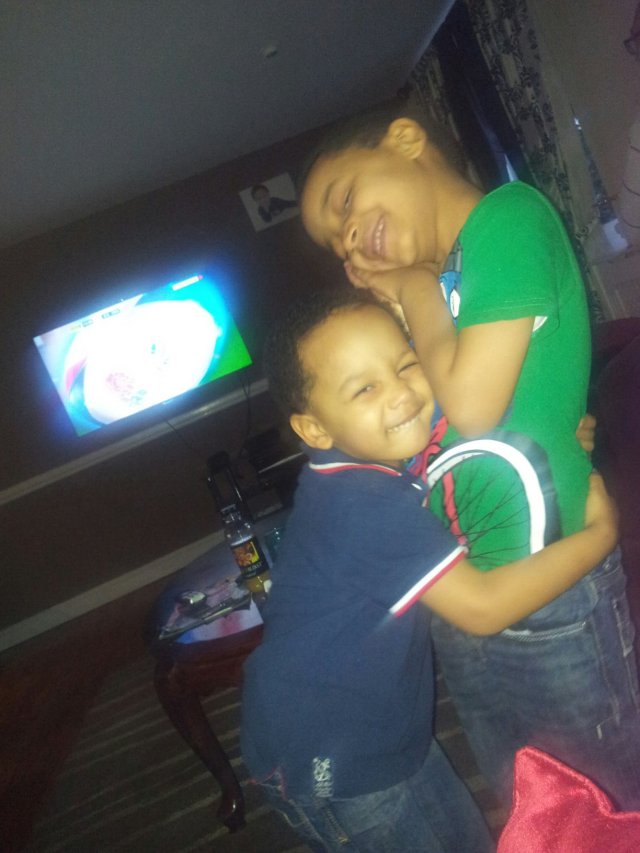